Soakers Explained, How to use a Soaker in Breadmaking

Home 9 Principles of Baking 9 Soakers Explained, How to use a Soaker in Breadmaking 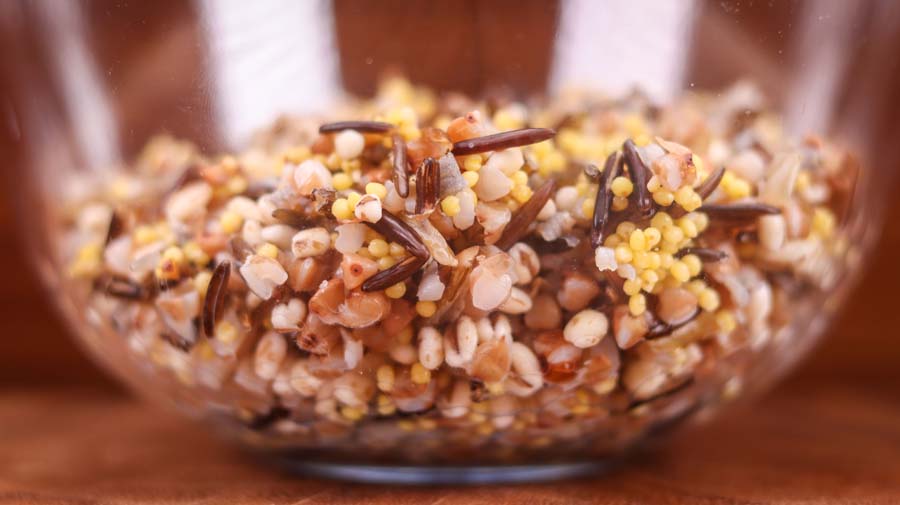 A soaker can be a mix of grains and seeds or a single variety of grain or seed that is mixed with water and left to soak for several hours before being added to bread dough.

It is a great method for adding whole grains and seeds to your bread making it more nutritious and tasty. Besides just nutritional value and flavour, it also helps the bread retain more water and stay fresh for longer.

Soakers can be made with pretty much any seed or grain you could imagine. Anything that can be used in cooking can easily be added to bread dough.

The main reason for soaking grains and seeds is to make them palatable. Imagine biting down on a piece of barley. It would most likely break your tooth. Another important reason for soaking is to prevent the seeds and grains from stealing water from the dough and drying it out in the process. I’m sure we have all one time, or another added a bunch of seeds to a recipe just find that the dough became stiff and dry.

There are two types of soakers – cold and hot.

A cold soaker is made with cold or ambient temperature water. This kind of soaker usually consists of softer grains like oats and cornmeal, and seeds. Such grains and seeds do not require much, or any cooking and they do not take a long time to soak either. Cold soakers can be made in as little as 30 minutes, but they can be left to soak for several hours.

A hot soaker is made with hot or boiling water. This kind of soaker usually consists of hard whole or cracked grains like barley, wheat, millet, buckwheat etc. These kinds of grains can take several hours to soften and hydrate properly.

To soak the grains and seeds well you should use at least and equal part of water to grain and seed mix. It is advisable to use more to hydrate the mix properly. I generally tend to soak at a 1:1.5 ratio.

The grains and seeds in the soaker along with the flour in a recipe make up 100% in baker’s percentage terms. So, to get a correct hydration percentage you must calculate the amount of water in relation to both ingredients unlike in all other recipes where only the flour makes up 100%. Example – 500g flour + 100g grains = 600g. Such a dough with 70% hydration would then contain 420g water (600×0.7=420). If you only accounted for the flour, then it would end up being 58% hydration which would be way too dry.

When preparing a soaker in a warm kitchen and leaving it to sit at room temperature for a long time there is a risk of it developing some off flavours due to enzymatic activity. This can be controlled by adding part of the salt of the recipe to the soaker. 2% in relation to the amount of seeds and grains is sufficient. This will not only slow enzymatic activity, but also season the mix to make it more flavourful.

Although it is not always necessary, adding salt is a good insurance policy just in case. Another way to slow enzymatic activity is by refrigerating the soaker. A cold soaker can be refrigerated right away, but a hot soaker should be left to cool down to room temperature before refrigeration.

At which point in the process should a soaker be added to the dough? There are two options – you can add it at the beginning of the mix along with the other ingredients or you can add it once the dough has been kneaded for a few minutes to develop gluten.

Since I mix by hand, I always add the soaker from the get-go. The seeds and grains have a shearing effect on the gluten, and it can take longer to mix this way, but I prefer it because I do not have to stop and add anything to the dough halfway through the mix.

I have seen recipes that include hot soakers made with part of the flour of the recipe. The boiling water gelatinizes the starch of the flour, and it has a great effect on the final loaf. It makes the crumb soft and bouncy. For this reason, I would not call it a soaker. It is sometimes known as a ‘scald’. There will be a separate episode on this in the future.

Leave to cool down and enjoy!