Cuban bread may look quite simple at first glance, but don’t let it deceive you. It has an amazingly soft texture and lovely flavour which is enhanced by the addition of lard.

Made using a preferment it has more character than your regular white loaf. It just goes to show that a few basic ingredients can create something awesome.

I only recently started using lard in breadmaking. Up until now I only considered store-bought lard which is flavourless most of the time. So, I decided to make my own by rendering down some smoked bacon lardons. It worked perfectly and it really makes the bread taste of porky goodness. If you don’t eat pork, then you can swap for any other fat you like.

Cuban bread is used in making the famous Cuban sandwich packed with pulled pork, smoked ham, Swiss cheese, pickles, and mustard mayo. The pork lard flavoured bread perfectly complements this combo. Super crunchy on the outside and soft in the middle it just melts in your mouth while having a nice crunch at the same time.

This recipe will be enough for two hungry mouths. To make more simply multiply the amount of ingredients and make more loaves.

*To learn more about dough temperature when using a preferment click here. 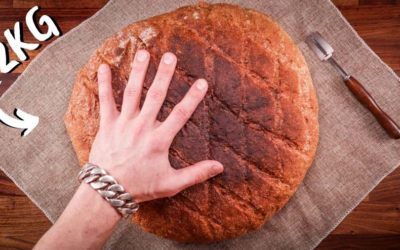 A Gigantic Bread That Gets Better with Age | Miche

Miche or pain de campagne is an old-style French country bread. The reason for its large size is the fact that back in the old days most people did not have ovens at home. Bread dough would be made...

END_OF_DOCUMENT_TOKEN_TO_BE_REPLACED 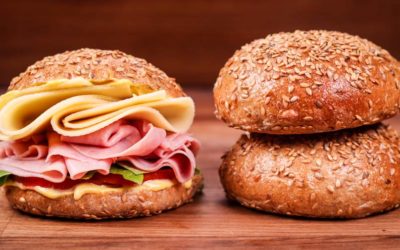 These Seeded Spelt Rolls Will Make You Come Back for More

END_OF_DOCUMENT_TOKEN_TO_BE_REPLACED 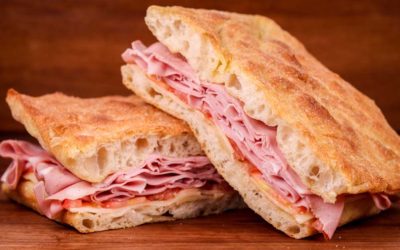 Pizza e mortazza is an Italian mortadella sandwich made with high hydration pizza dough. What makes it special is that the bread is made by baking the dough in two layers with olive oil in between....