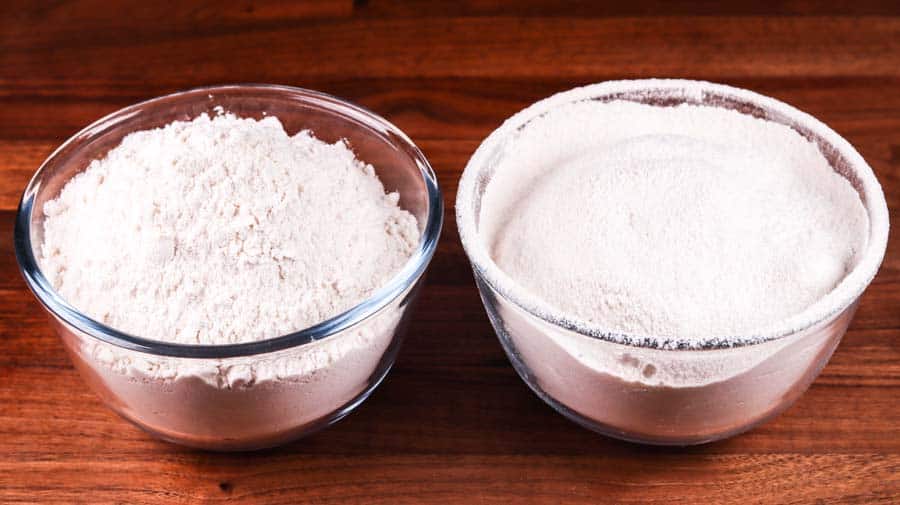 Sifting flour is only useful in recipes where a dough or batter is mixed gently.

Some people have asked me about this, and others have told me that I should try it.

So, there you have it. The answer is short and simple. No, sifting flour does not make bread dough lighter. As I show in the video the flour is only light and fluffy and not lumpy while it is dry and undisturbed. As soon as water is added, and the dough is kneaded it turns in the worst lump that you could imagine. Sifting will not help here.

There are cases where you might want to sift your flour for bead making. If you have wholewheat flour that contains a lot of bran and you would like to make it slightly lighter, then you can sift the coarse bran out of the flour.

If your flour has been sitting in the cupboard for ages it may be infested with some creepy crawlies. Sifting would be a way to find out for sure. Of course, if you find some bugs in there, then you may want to get rid of that bag of flour.

Back in the old days people used to sift flour because the production process was not as refined and there was a chance that the flour could have some foreign objects in it. Sifting would remove them.

Nowadays there is no reason to sift fresh flour as it will be clean.

Getting back to sifting to make something light and fluffy, here is a prime example of when you absolutely should do it. Making a genoise sponge which is meant to be gently stirred with a spatula and requires minimal disturbance to keep it nice and light, unlike bread dough that is beaten up in a mixer or kneaded by hand until it becomes a dense lump.

A recipe like this is the only time sifting will help with lightness. If you are mixing something in a mixer, then it obviously cannot make things light as you are beating the batter to hell.

As an extra here is the Genoise cake recipe. I know this is a bread channel, and I only wanted to show the mixing process for the cake, but then I decided to make a recipe out of it. Perhaps you will find it useful. It is a great cake. Easy to make and super soft, light, and fluffy.

Bring these up to a simmer before brushing.

Whip everything together until stiff.

Icing sugar to sprinkle on top

Serve it up and enjoy!