Does Mixing Salt & Yeast Have a Negative Effect?

Home 9 Principles of Baking 9 Does Mixing Salt & Yeast Have a Negative Effect? 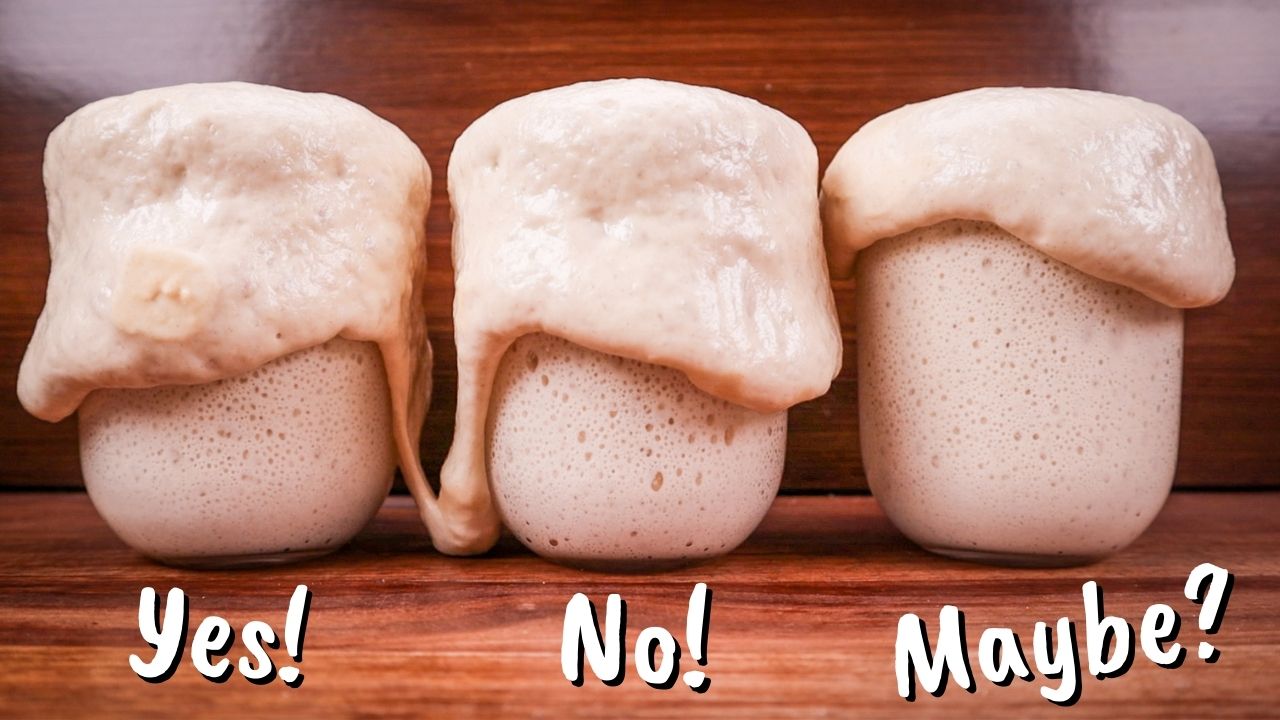 Does salt actually harm yeast? No it does not. At least not in any significant way.

If you have watched any of my videos you would have noticed that I always mix my dough in pretty much the same order – liquid, yeast, salt, other ingredients like sugar, etc., then mix to dissolve fully, and only add the flour last before mixing to a dough.

I never questioned this method as this is the way I was taught in the first and only baking class I ever attended. It worked there, so why would I change it, right? And that must be the issue with this misconception – a beginner is shown or told something, and they believe it because someone who knows better than them said it.

Fortunately, I had a good teacher who set me on the right track from the get-go. And because I never encountered any issues, I simply thought that this was common practice. Also, mixing dough this way makes the most sense to me as all ingredients are fully dissolved before kneading.

You can find a video on my channel in which I show and explain exactly how salt affects bread dough and fermentation, so I will not go over it again here. But in short – salt slows down fermentation and helps with controlling it. It draws moisture though the cell walls of yeast essentially dehydrating it through osmosis. This is a necessary evil since a controlled fermentation is what we need when making bread.

Saying that, the simple act of mixing salt and yeast in water does not cause such extreme osmosis that the yeast gets dehydrated and dies instantly.  Ok, if you’d mix an unreasonably large amount of salt with yeast and leave them to sit together for an unreasonably long time, then perhaps. But we are making bread and we do not use more than 2.5% salt in any recipe, so we should not encounter any issues.

As I demonstrate in the video, even when left to sit for 5 minutes together in water, the yeast is fully active and makes the dough rise just as well as the dough made without directly mixing salt and yeast.

The dough on the right was rising quite a bit slower than the other two even though the salt was added very late in the mix – after mixing all other ingredients first. The only reason why it was rising more slowly is that I had to mix it twice and in turn the gluten got developed more making the dough tighter and not allowing it to expand. It was not a fermentation issue.

So, what can we take away from this experiment?

Yes, you can mix salt and yeast directly and nothing bad will happen. It is a practical method as it ensures that all ingredients are added into the mix and dissolved before the addition of flour. I know that this has saved me many times from forgetting to add salt to the dough. Also, it makes the hand-kneading easier and more pleasant as you don’t need to work a gritty dough.

I must be honest – this video is not really for my regular viewers. It is for the many commenters who keep telling me that salt will kill my yeast when I mix them it in my videos. This video will save me time as I’ll be able to give them the link instead of spending time answering the same comment and explaining this old tale.

Here are the ingredients for the dough in the video. All three were the same.