How to Autolyse Enriched Dough

Home 9 Principles of Baking 9 How to Autolyse Enriched Dough 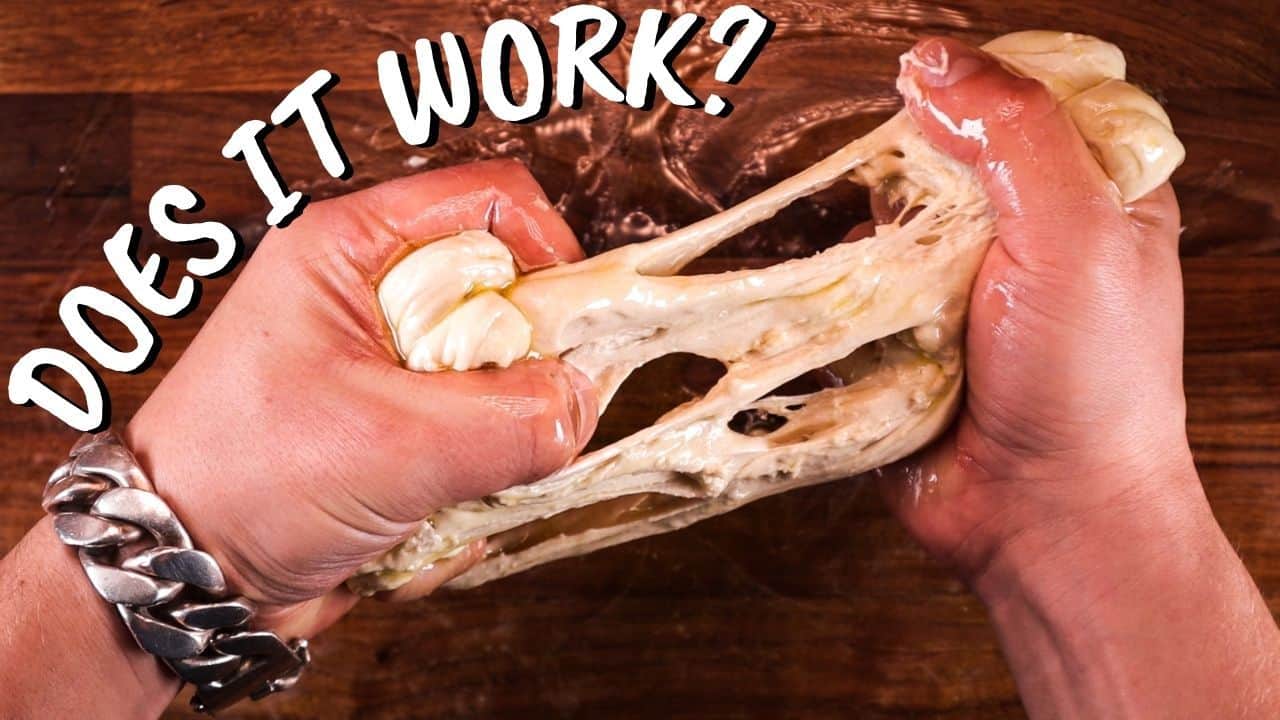 Autolysis with fat. I have had several people ask me about this. So, here we are. Another experiment to see why we should or should not do it.

Gluten is made up of two proteins, glutenin and gliadin. It is when water is added that they combine to form gluten. If flour is well hydrated it results in good gluten development. For a more detailed explanation on how to autolyse your dough click here.

Autolysis is normally used for higher hydration ‘lean’ dough. Lean meaning that it does not contain fat. The main purpose of autolyse is to shorten mixing time thus preventing the dough from over oxidizing. This is only possible when using a mixer, but in short, a dough gets over oxidized by mixing too long and loses colour and flavour because of it. We are not powerful enough to over mix dough by hand.

Autolysis also helps with making the dough more extensible. A well hydrated dough will be stretchier and that will help with oven spring in some cases.

Another benefit of a shorter mixing time is temperature control. The less you mix your dough the less it warms up.

The main candidate for autolysis is a high hydration lean dough. It will help develop gluten without mixing, it will shorten mixing time thus preventing over heating and over oxidization (if using a mixer) and it may help with oven spring.

So, why are we talking about fat at all? It seems that it has no place in this method. And while that is correct – most of the time you would not be making a high hydration loaf which also contains a large percentage of fat. That is not a common bread to make. But there are certain breads that have those characteristics, namely pizza, focaccia, ciabatta, and other ‘flat’ breads. See, you can make a high hydration dough with a lot of fat, but it will spread out and become flat(er) regardless of how you shape it.

This is where my experiment comes in. In this video I will show you three ways of making the same dough and we will see the difference. It is a 75% hydration dough made with strong white bread flour and 15% fat. This is a great candidate for pizza, ciabatta, or focaccia.

In my videos I normally suggest doing autolyse with flour and water only, and then adding the remaining ingredients including the oil afterwards.

That way we are giving the flour a good chance to hydrate without coating it with fat right from the beginning. That being said, adding fat after autolysing breaks the gluten up and still makes it tough to reform it, but that is just how it is in a recipe like this.

Of course, fat can be folded into the dough during bulk fermentation, but that is a topic I covered in the Folding video. That would be a good way to add fat to a dough, but we are here to answer a different question.

The first dough I made was in my regular fashion which I find to be the best option. Mix the flour and water. Leave the sit for 30 – 60 minutes, then add the remaining ingredients, knead, and continue with fermentation.

The second dough was made with the oil added to the flour and water and left to hydrate. Right away I could feel a difference. The dough was rougher and stickier. After autolysing is became more stretchy, but it still felt stickier than the first dough.

I kneaded both doughs using the stretch & fold method for 8 minutes. The second dough would have benefited with a bit longer, but I wanted to keep it equal to see the difference. It was stickier after kneading than the first one, understandably.

Final proof and baking. This is where a ‘weaker’ dough will suffer more. You want your dough to be strong enough that it can keep its shape and hold air inside it. While in this experiment the result was quite similar, I would always suggest doing it with the first method. It may have been a similar result and that is ok for a focaccia, but if you were making a pizza or ciabatta or if the hydration was even higher, then the stickier and stretchier dough would have resulted in an inferior product and it would have been much harder to work with.

A stronger dough will be able to take more fermentation and build up more gas inside it before losing volume.

To show you what would happen without autolysing, I made a third dough which was mixed right away with all the ingredients added at once. It took 16 minutes of stretch & folds to get decent gluten development. Twice as long as the other doughs. 16 minutes of kneading will warm up the dough significantly too. Check out my video on how to add fat to bread dough to see what could have been done here.

We have come so far, but I still have not answered the question everyone was really asking me. Because we were not talking about pizza or focaccia. The question was how to autolyse an enriched dough like something used for burger buns or cinnamon rolls and such.

The answer is: you don’t. There is no reason to do it. It serves no purpose and if anything, it may make things worse. Ask yourself why you think this is necessary for a sweet roll? The dough is low hydration, so it does not require a long mixing time to begin with. Adding fat is done after kneading for an initial period, which I explain how to do here. Enriched dough with fat and eggs and sugar is soft enough that it rises in the oven without any additional help, so the autolyse extensibility would not add anything to it either.

I had never even considered doing this and that is why I found it so curious that suddenly people were asking about it. Perhaps I am wrong, but from what I know and from my personal experiences I can say with confidence that there is no point in doing this.

Once again – ask yourself why and let me know too because I am interested.

In closing I would like to say that autolysis with fat should be avoided because it defeats the purpose by counteracting gluten formation. I only do it for the reasons stated above, but as I said the addition of fat can be done by performing additional folds during bulk fermentation. Sometimes this is not possible, and those are the times when it is ok to autolyse an enriched dough.

Let me know what you think down in the comments and tell me if I am missing something.