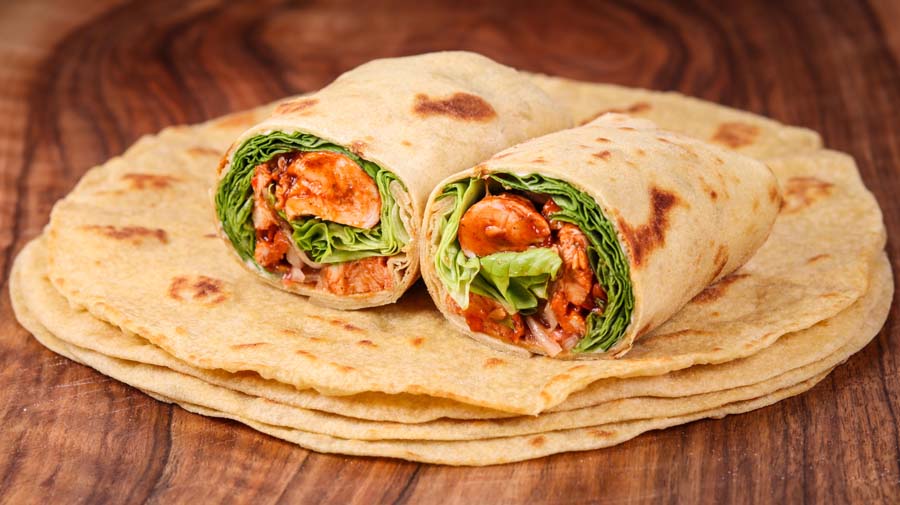 Tortillas are super versatile flatbreads as you can wrap up pretty much anything you want in them. From light veggie wraps to greasy burritos – it’s all good.

If you love preparing the ingredients to go inside your wrap, then why not make the wraps too?! It is a super simple process as there is no fermentation involved. It does not take a long time and the result is far superior to what you can find in the shops.

This is the second tortilla video on my channel. The first one while producing a good result was a little messy and difficult, so I decided to simplify it without compromising on flavour or texture. In fact, this version is better because I used lard which gives it a unique flavour and texture. If you don’t eat pork, then you can use pretty much any other fat you like instead.

Boiling water is used in the preparation of this dough. It scalds the starch in the flour giving the wrap that nice chewy texture you’d expect from a tortilla. It makes it extra flexible too, so that it can hold any filling well.

The dough is left to rest before adding the fat. This allows some gluten formation before we even touch the dough and because of it the kneading time is greatly reduced.

You will get 6 x 25cm (10in) tortillas from this recipe. To make more simply multiply the amount of ingredients. 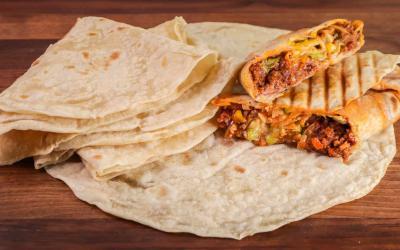 How to Make Soft Tortillas by Hand

The perfectly thin, soft tortillas to make your favourite wraps with. You might argue that it is just so much easier to go and buy these in the shop. And you would be right. That could be said...

END_OF_DOCUMENT_TOKEN_TO_BE_REPLACED 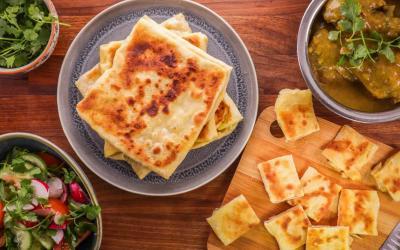 Simple roti is an immensely popular bread all around Asia. There are many variations. They can be sweet or savoury. You can eat them for breakfast, lunch, or dinner. Being unleavened makes it...

END_OF_DOCUMENT_TOKEN_TO_BE_REPLACED 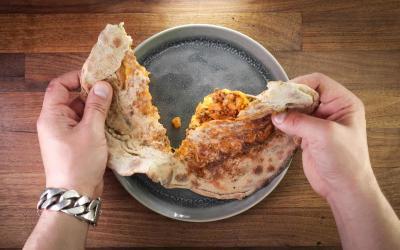 How to Make Simple Stuffed Flatbreads

These basic unleavened flatbreads make a great meal on their own. You can fill them with many different fillings. I made mine with a vegetable curry. This recipe makes 5 flatbreads. Multiply the...